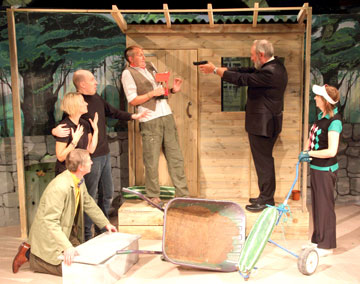 Competition gardening can certainly bring out a different side in people: there's nothing like a scuffle over who grows the mightiest sunflowers to turn placid people into homicidal horticulturists. Everything begins with a tiff over the siting of a new orangery, but things quickly escalate from there. Cue misunderstandings galore. By the time proceedings draw to a breathless close we've uncovered grand scale corporate fraud, illegitimate offspring, mistaken identities and a memorable moonlit marrow scene not to mention those sunflowers. It's all classic English farce material played out, appropriately, in an English country garden (well, allotment). 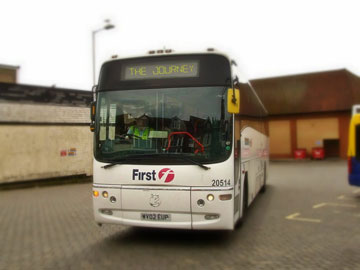 A gripping, thought-provoking and moving story, ’The Journey’ is set on a bus as the lives and relationship of two characters, LAD and GRAN unfold. The nature of their journey, events on the bus and what ultimately happens at their destination unleash a force-field of emotions and reveal a deeply troubling conclusion. 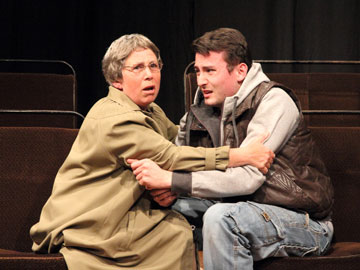 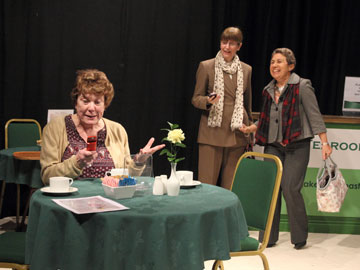 Every school holiday - since their time as school friends 40 years ago - Doreen, Fiona and Julia have met in the same café (now a tea Room). It is where Julia and Fiona found Doreen after she fled school on 'O' Levels results day - a watershed in her life; and their commitment to the meetings, despite their increasingly diverging circumstances, is what keeps this friendship alive. Now a set of events, driven by the mobile phone Doreen's just received as a 'hand-me-down' from her son, is going to put their special bond to the test. It's a phone equipped with 'predictive text'. 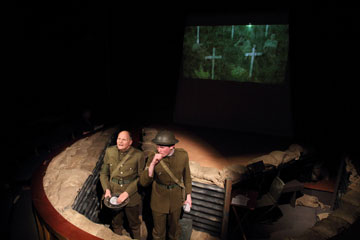 Based on the wartime roles of people from the Nidderdale area of Yorkshire - the drama pivots on two moments when a General is provided with the chance to avoid the needless slaughter of the men in the trenches. The symbolic class obsessions in the dining scenes in the General’s Chateau– the finer points of cigars and vintage wine – are intercut with the hellhole of the trenches, revealing the crassness of the hierarchy and the horrors of war. But this serves only as a framework for a much deeper analysis of the human condition in all its tainted glory as the usual Great War platitudes are cleverly subverted to take a closer look at the flawed nature of heroism. The General fails the men on the first occasion and only a gripping denouement prevents them from being failed a second time. 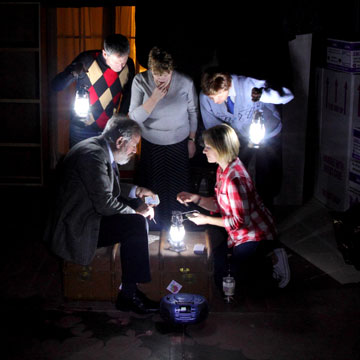 Stephen and Evie are preparing to move out of their basement flat on dockland and emigrate to Australia. The relationship is not a good one. Something's gone wrong around their borrowing money to have a baby. But it's the effect the flat has been having on Evie that has taken the marriage to breaking point. Evie, spurred on by her mystic mother, is convinced the flat hosts paranormal activity to do with the port’s slave trading history. And today her mother’s back, announcing that the presences are getting stronger - "something's started channelling them". Stephen's father, mother and brother are also helping with the move; something Evie doesn't find particularly helpful as Stephen's father has Alzheimer's. They are preparing to load the flat’s contents directly into a shipping container due to be placed outside the patio doors. But the shipping container is late and, according to the news, it's not the only container to go missing today. As the day progresses, the sinister forces build and dark secrets in each of the characters’ pasts are subtly revealed to build a complex back-story that drives a final shocking outcome. 'To many, emigrating to Australia is a dream come true; for them, it's about to become the stuff of nightmares.' 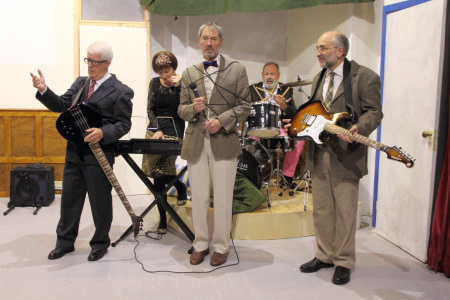 The trustees of Felliscombe Museum are set to take a conference call in the local church hall in a last ditch attempt to get a grant to save their fire-damaged museum. But an argument with the Caretaker leaves their hopes in ruins in a ghastly ‘open-mic’ moment. Moreover, behind the scenes it seems that someone doesn’t want the museum to survive. When a remorseful Caretaker is led to believe that the trustees also play together as a pop group she offers them a way out – £10,000 to pass themselves off as her Dad’s defunct tribute band and play at a 30 year reunion event. A ‘Will-they-won’t-they?’ teaser tale follows as the most unlikely characters ever to comprise a rock group get drawn into pretending to be one and change their group dynamics in the process. Stuck between a 'Rock!’ and a hard up place – you’d be surprised how far people will go to save a local museum! 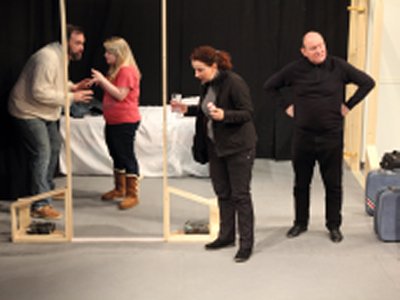 Jake is showing off his plush New York apartment to Mary following their first date. But it soon becomes clear he's 'borrowed' the apartment to impress her -  courtesy of his friend Sam at 'Vacation Swappers.com'.  Mary's on to him and mad as hell but as she prepares to walk out Dan and Rose turn up -  the vacation swappers who weren't meant to arrive until tomorrow. Jake and Mary are forced to try and pass themselves off as the real owners - a married couple - but then Dan and Rose spring a surprise of their own. 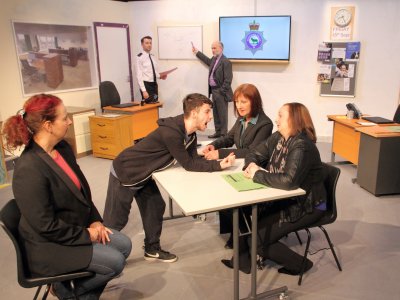 How can an innocent prank lead to two missing persons and two suspicious deaths? In Inspector Ros Jakes'  world there's no such thing as coincidences or once upon a time fairy-tale romances yet somehow this prank finds her teamed up with her estranged husband and following a trail where everything seems to be doubling up. Can things happen twice upon a time? 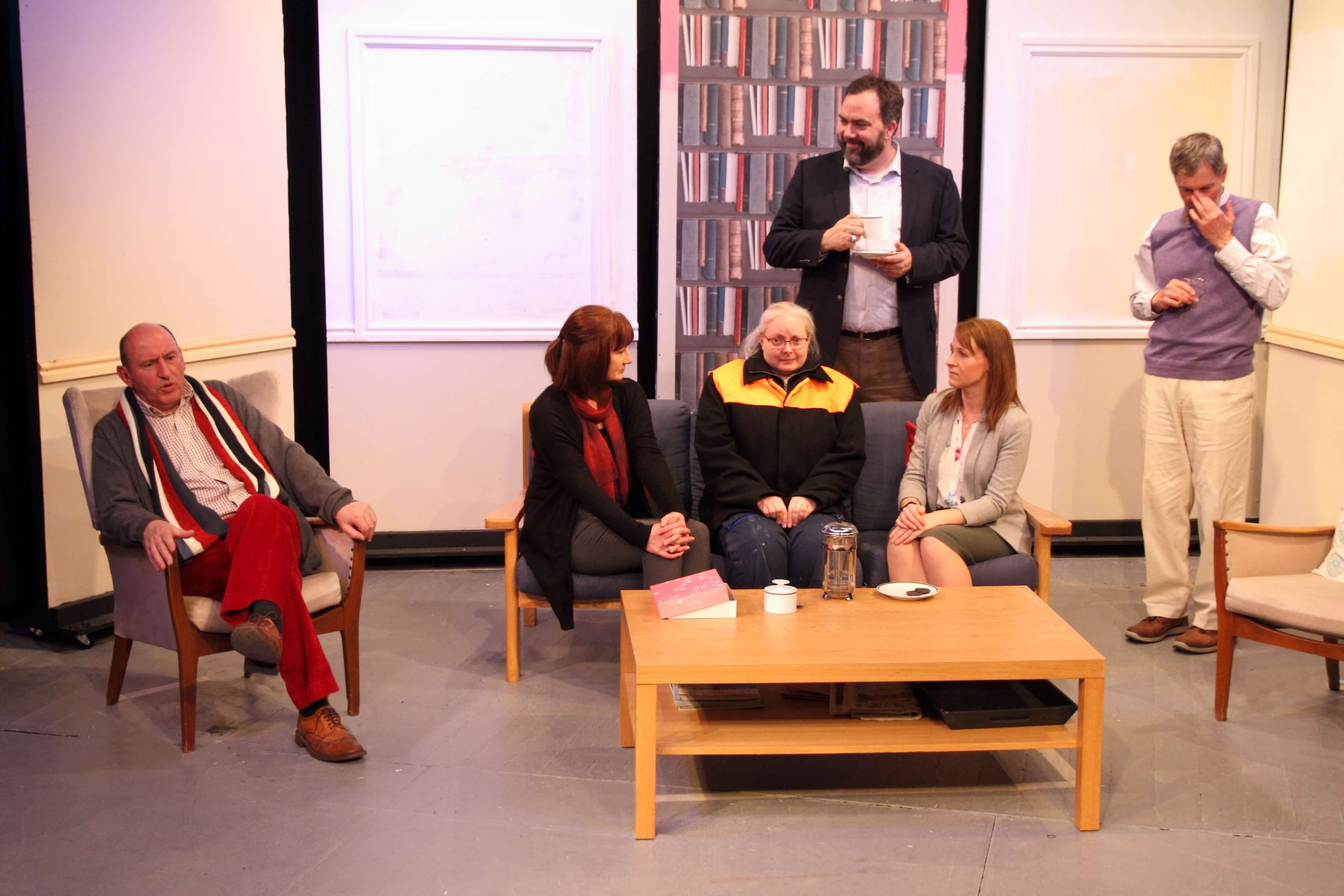 A Penny For Them takes place in the sitting room of anxious Larry and his socialist husband, Freddie. Freddie is campaigning to save Calshaw Girls High School from becoming an Academy. He is to be interviewed by Nick, who is interested in events twenty-five years ago when two of Freddie's students: Julie (now a Tory special adviser) and Anne (now a company director), won scholarships to Oxford University. To Freddie and Larry’s surprise, Nick has invited the “Oxford Girls” along. He has also spoken to Louise, who failed to take up her Oxford place due to a breakdown following the death of her best friend Alison. Now, Louise has made a shocking discovery that compels her to uncover the truth, once and for all. 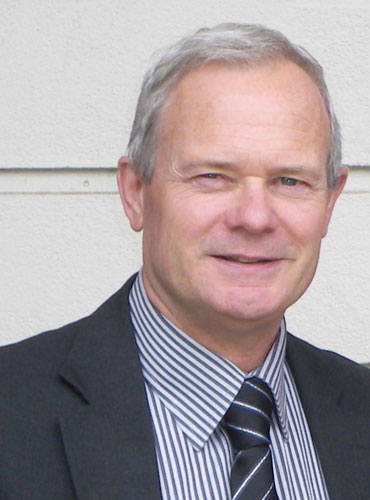